The 2022 Heidelberg Golf Club Division 3 Team of the Year has been selected.

The Team of the Year is selected based on the following criteria:

Kilmore had four representatives in the team, with Chris Ryall making his third consecutive appearance in the final side, while Heidelberg West also have four members in the 22, the most the club has had in a Team of the Year line-up.

Mernda had two players named in the side while Old Eltham Collegians and Reservoir each had one member selected.

The NFNL congratulates everyone selected in the team.

Please continue below to see the 2022 Heidelberg Golf Club Division 3 Team of the Year. 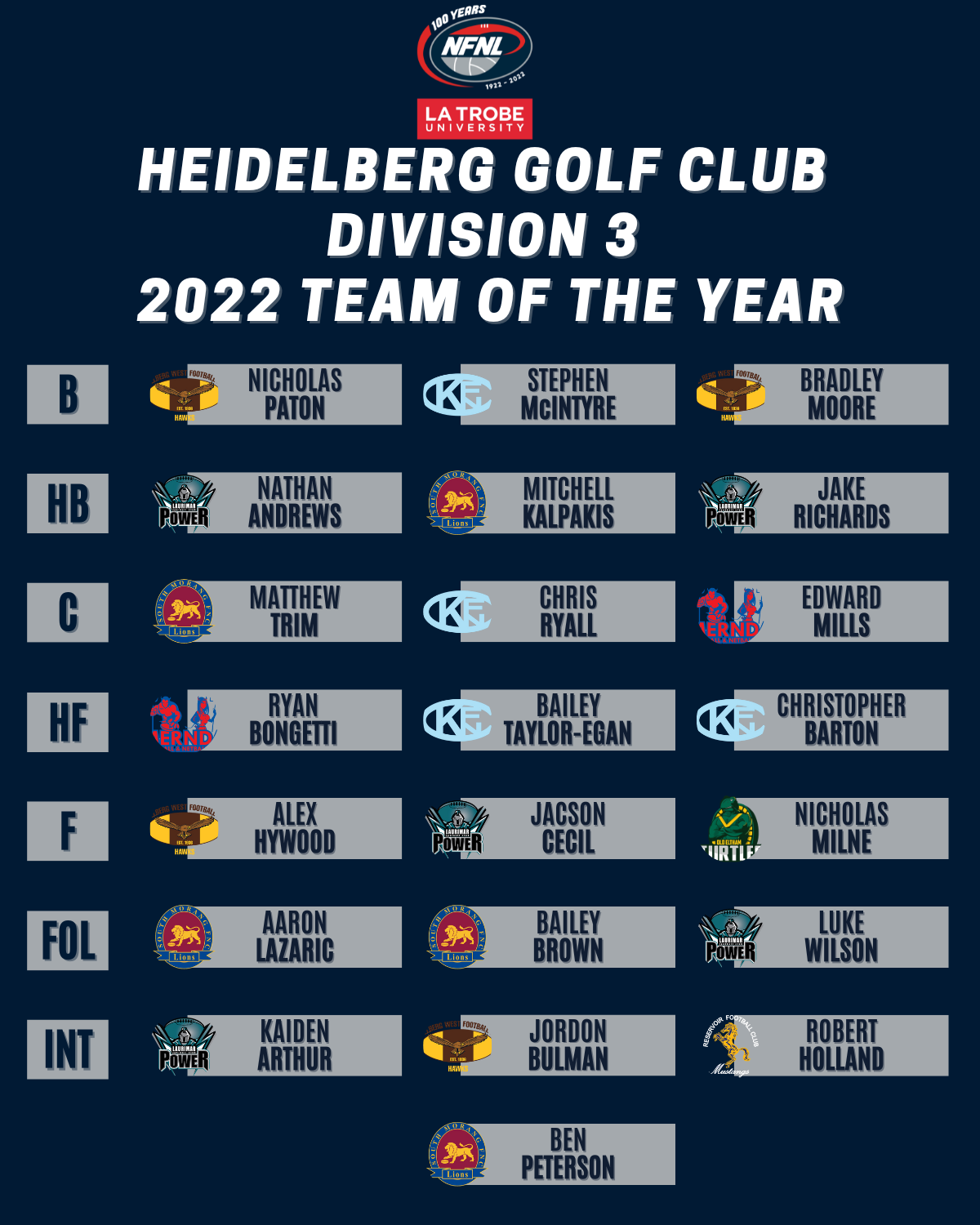